As the story goes, Fasil Ghebbi started with a precocious buffalo. As far back as the 13th century, Ethiopian royalty was nomadic. They traveled around the country, living in temporary structures alongside their subjects. But Emperor Fasilidas wasn’t satisfied with wandering; he wanted a permanent capital from which he could rule. But where to put it? One day, while hunting in the territory’s northern reaches, just 35 kilometers from Lake Tana, a buffalo led him to the lush foothills of Gondar.

The landscape’s beauty, 2000 feet above sea level and nestled between two mountain streams, enticed Emperor Fasilidas. Even better, the place filled a prophesy: according to legend, an archangel claimed the Ethiopian empire would thrive when a permanent capital was established in a place beginning with the letter “G.” His predecessors had tried setting up permanent rule from the cities of Guzara and Gorgora, but nothing stuck. Not deterred by the attempts of his forbearers, in 1636 C.E. Emperor Fasilidas began construction on Fasil Ghebbi, a royal castle and fortress.

There are actually a surprising number of medieval-style castles in Africa but Fasil Ghebbi, with its stone towers and crenelated walls, looks the most like it was lifted out of England and plopped down in Africa. Fasilidas was way into architecture—he’d already built a number of churches around the country, like St. Mary of Zion in the ancient city of Axum. At his castle, he pulled out all the stops: the two-story structure (unknown at that time in traditional Ethiopian architecture) included living quarters, Ethiopian Orthodox temples, libraries, gardens, and a banquet hall. He surrounded the complex with a round stone wall flanked with 12 gated towers.

Just outside the enclosure, northwest of the city, Fasilidas began construction of a two-story bathing palace on the Qaha River. Fortified with battlements, the structure contained a rectangular swimming pool, a pavilion on pier arches and a stone drawbridge that could be raised in an emergency. Even today, every year during Timkat, an Ethiopian Orthodox religious festival commemorating the baptism of Christ 12 days after Christmas, the pool is filled so that revelers can take a plunge and renew their Christian vows. 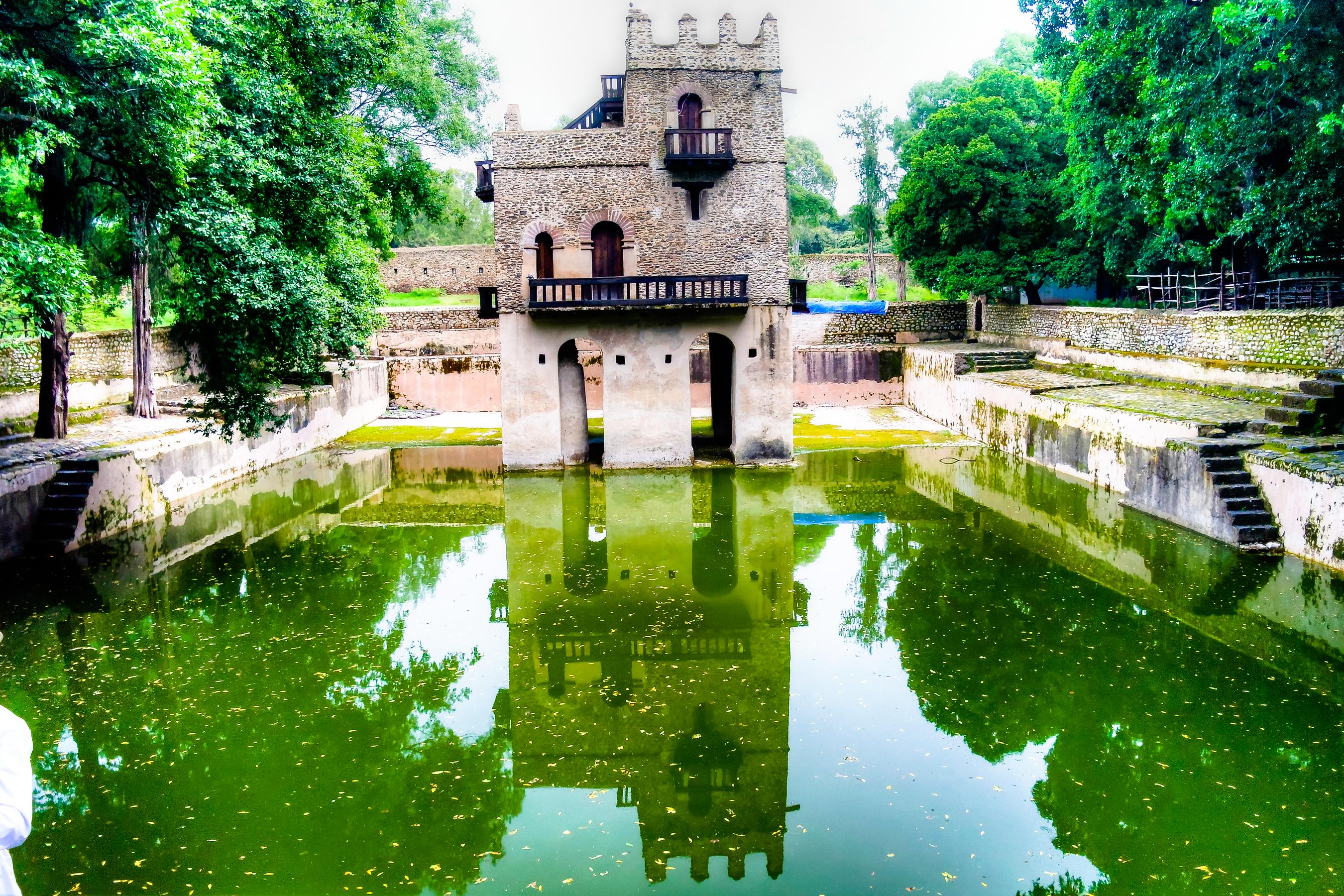 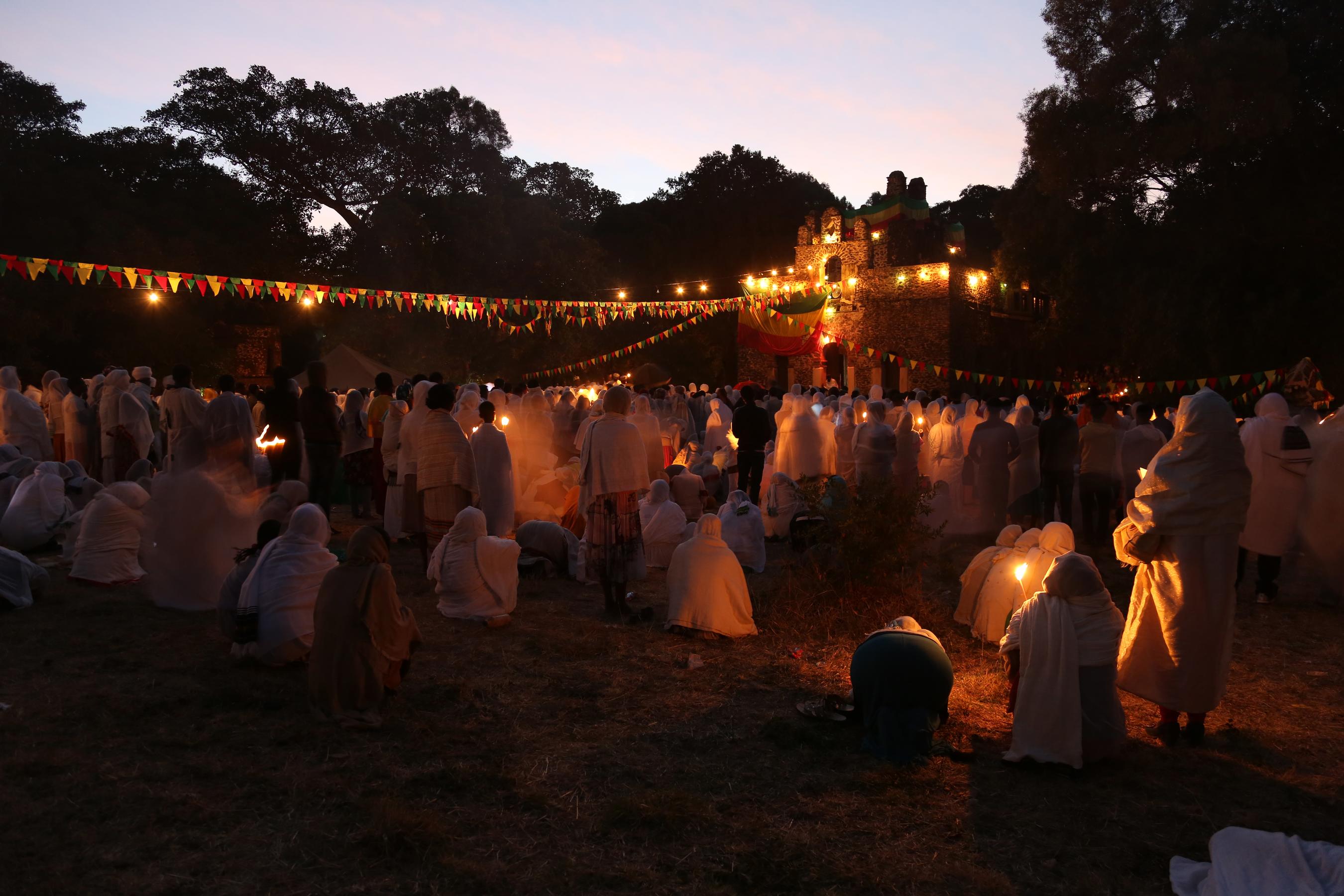 After his passing in 1667 C.E., Fasilidas’ son, and later, his grandson—dubbed Emperor Iyasu I the Great—ruled the land. Like his grandfather, Iyasu the Great wanted to leave his architectural mark. He built a new castle at the royal complex and stuffed it full of ivory sculptures, mirrors, and paintings. He covered the ceiling of his throne room with gold leaf and precious stone.

Despite the ornate beauty of his palace, both Emperor Iyasu’s political and personal life was pretty ugly. When he wasn’t putting down revolts and invasions he was battling illness at home. In 1704, an earthquake badly damaged the precious castle. Then, right around the same time, his favorite concubine Kedeste Kristos died. In a deep depression, Iyasu I abruptly abandoned his kingdom to hide out on an island in nearby Lake Tana. In the Emperor’s absence, his wife Empress Malakotawit crowned his son Tekle Haymanot the new Emperor. During his march back to Gondar to protest the political takeover in 1706, the new ruler of Ethiopia ordered his father’s assassination

For the next century, the royal family continued to build, only occasionally interrupted by bloody political intrigue. Between 1716 C.E. and 1721 C.E., Emperor Dawit built an entertainment and banquet hall and two sets of way-too-tiny cages to hold his majestic Abyssinian lions. His successor, Emperor Bakaffa, constructed two new palaces—one for himself and one for his wife, the Empress Metewab. 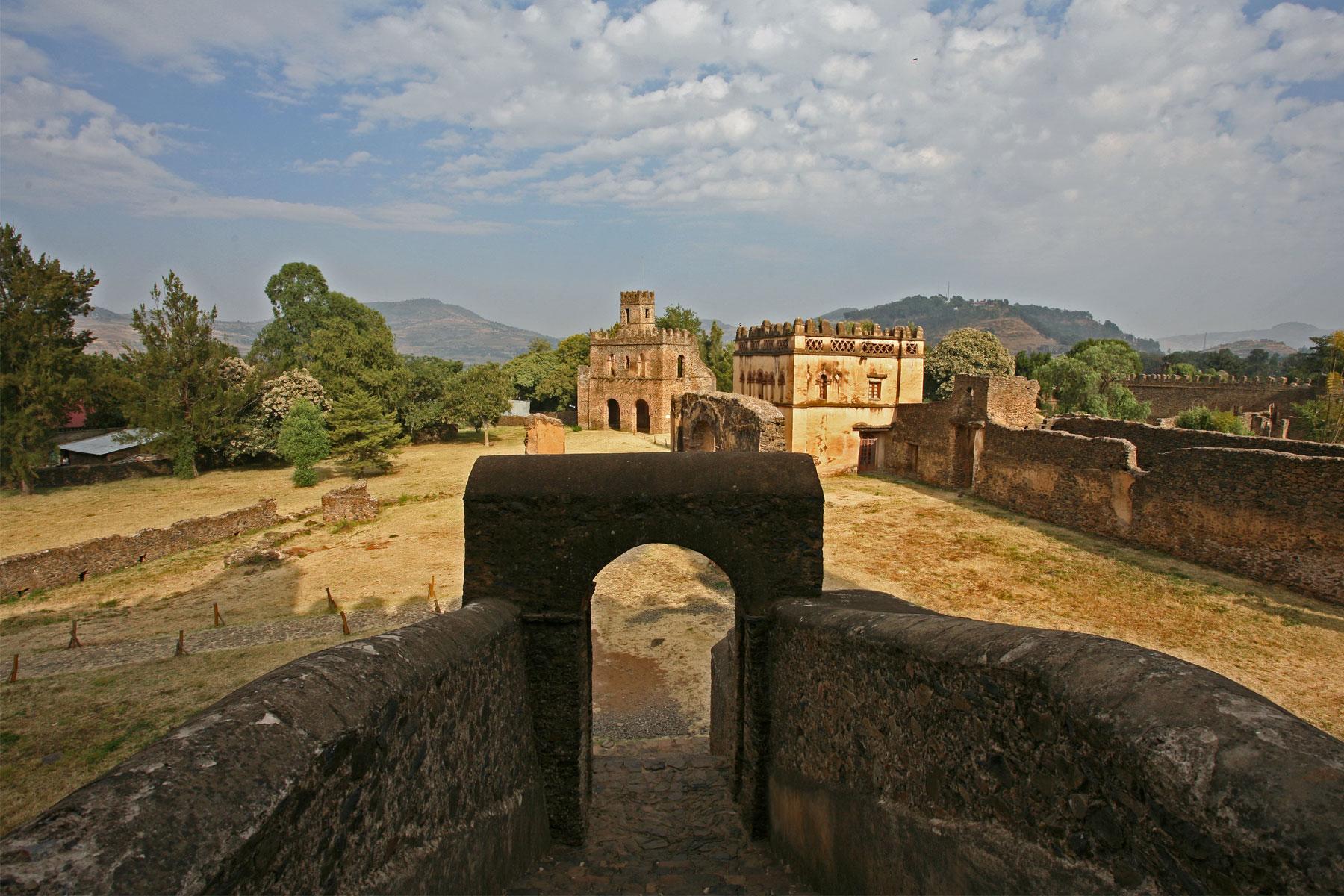 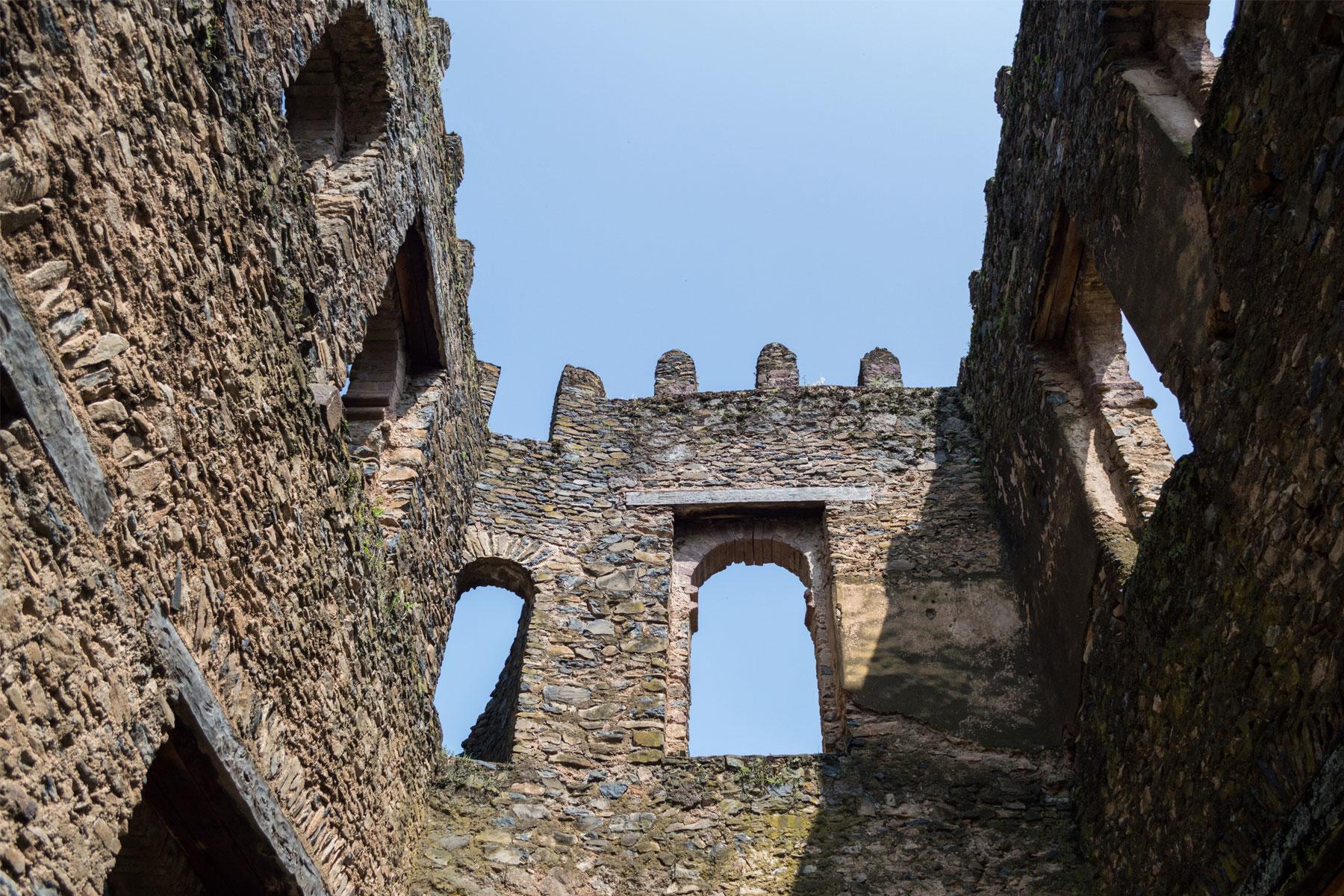 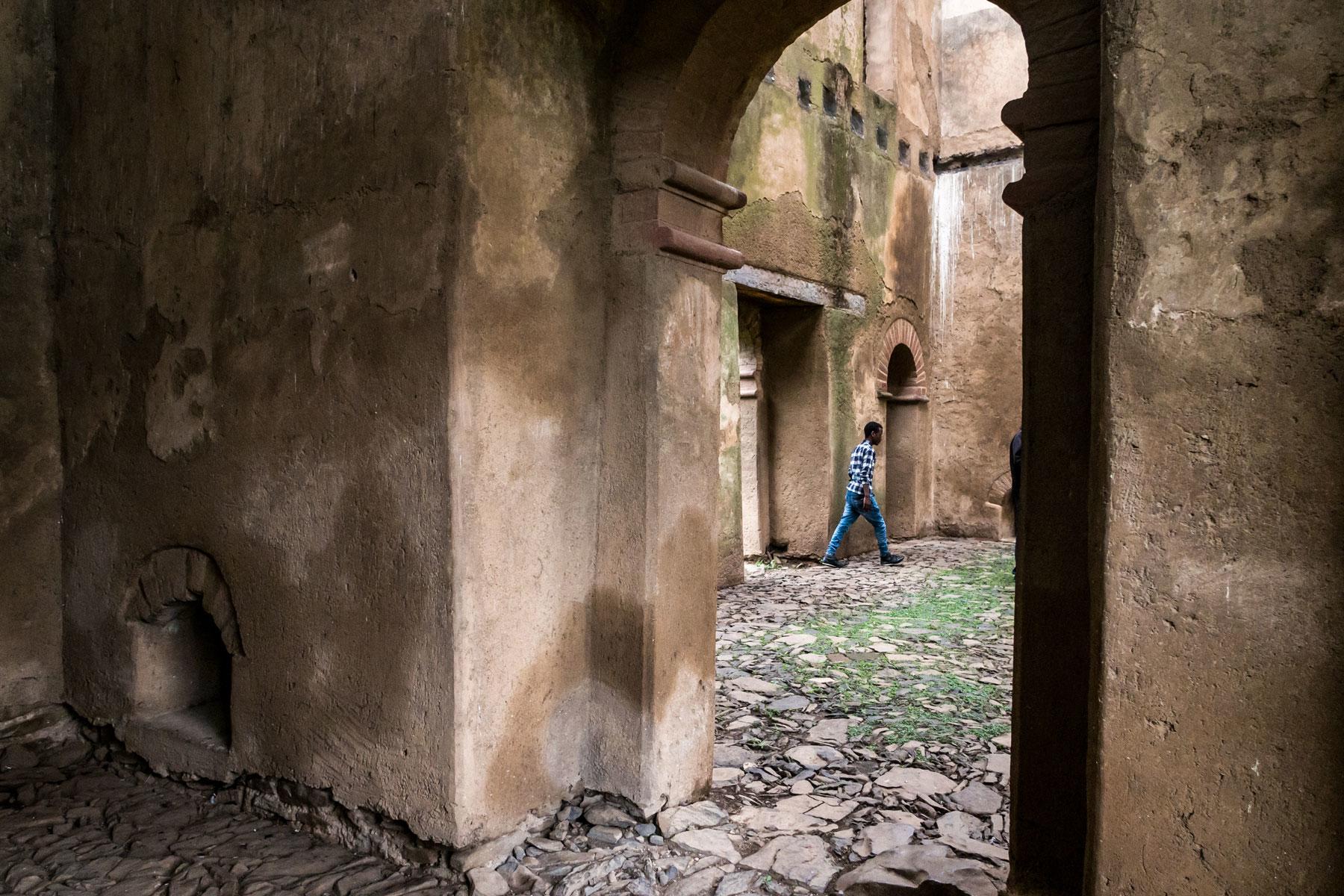 In 1864, Ethiopia’s rulers left Gondar and within two years they’d established a new seat of power at the current capital, Addis Ababa. Unwilling to completely desert their ancestral complex, however, royals continued to visit Fasil Ghebbi. Famed emperor and Rastafarian prophet Haile Selassie even built a third set of lion enclosures at the old castle during his reign. But when the royal complex was heavily damaged in World War II due to British air raids against Ethiopia’s Italian occupiers and in post-war conflicts with Somalia and Sudan, it fell into serious disrepair.

How to Spend a Layover in Munich

Please don't close or refresh the page while we are processing your submission
Please be patient, this could take a few minutes.